AngularJS with NativeScript: The Why

According to the world’s foremost statistics analysis firm, Statista, AngularJS is among the top most used web development frameworks of all time, with over a fifth (20%+) of all developers worldwide opting to utilize the framework in their projects in some way, shape, or form.

This is because  AngularJS  is reputed to be one of the most developer-friendly toolkits on the market, which offers cross-platform development.

As of late, a new tactic that is being utilized by the software development community is to use AngularJs with NativeScript to further improve both the developers experience, as well as the application’s UI (User Interface) and the app’s UX (User Experience).

There are numerous benefits to this marriage of the two technology solutions, which will be outlined for you further down in the article.

For now, let us begin with a rundown of the two technologies. 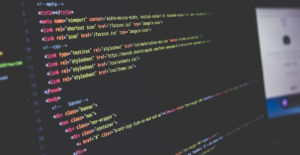 AngularJS is what is known as a “structural development framework”, and it allows software engineers to create dynamic web and mobile applications.

AngularJS offers features such as its dependency injection and data binding capabilities that functionally work to eliminate huge chunks of code that the development team would have otherwise had to write with painstaking slowness.

This effectively creates a much smoother development process for web and mobile apps, and also works to increase the scalability of the application.

AngularJS uses HTML as the “template language” or base language in which the app is coded, and extends itself to DOM event handling and DOM Control structures (DOM stands for Document Object Model).

You are probably aware of the pros of AngularJS, so let us not waste time with the basics such as it being open source, easy testability, good Model View Controller, etc (If you’re not that familiar with Angular, there is a ton of documentation to get you started — here is the official AngularJS Documentation Guide).

Instead, let us take a look at what the three hidden benefits of AngularJS are, that will come in handy or have an effect when we couple AngularJS with NativeScript.

In a nutshell, the unexpected benefits and pros of AngularJS are:

Side note: if you are looking to hire Angular developers, you would ideally want to ensure that any potential developers have the know-how to integrate AngularJS with NativeScript.

Another pro tip when hiring Angular Developers is to outsource: Full-time in-house developers can run you north of 100,000$ per year, and you won’t even be utilizing them to their full capacity.

This is why so many companies have now started remote outsourcing their development needs, as the rates offered by foreign developers are less than 20% of what is charged by full-time professionals — and this is in addition to giving the companies access to a truly global talent pool that is not bound by the boundaries and borders of geography.

These apps use the given ecosystem’s SDKs (Software Development Kits) to utilize every possible needed feature of the device (Camera, Microphone, Screen Dimensions, Display Resolution) to provide the best possible user experience to the client.

NativeScript can also be used to code native applications from scratch for multiple operating systems, as mentioned earlier.

NativeScript uses (and reuses) JavaScript and CSS (Cascading Style Sheets) to ensure that the application implements and renders itself on the device as if it were native to that device.

NativeScript also has support for other frameworks, such as the combination you are reading about now — that of AngularJS with NativeScript.

In line with looking at hidden benefits, here are the pros of NativeScript that are offered to mobile developers, that are compounded when the development team uses AngularJS with NativeScript:

1. NativeScript has support for high-resolution displays and is comfortable with 60fps (frames per second) performance that is fast becoming the industry minimum refresh rate.

2. NativeScript uses a CLI (Command Line Interface) that allows developers to use their existing knowledge of CSS (Cascading Style Sheets), JS (JavaScript — or any other java-based language such as TypeScript), and XML (eXtensible Markup Language).

This creates an extremely shallow learning curve for NativeScript, if one is even a little familiar with the development process components.

AngularJS With NativeScript: Benefits Of Their Union

Here are the top benefits of marrying AngularJS with NativeScript:

1. Native Mobile Performance: When you combine AngularJS with NativeScript, you can easily build native-performing mobile applications that do not require exhaustive knowledge of CSS or JS.

2. Application Structuring, Restructuring, and Plumbing: AngularJS will provide all the required plumbing that will hold your app (some developers also call this the application scaffolding), which include things like dependency injection, data binding, the MVC, DOM Manipulation (DOM event handling with DOM Control Structures) —which NativeScript does not have support for.

On the other hand, NativeScript will provide the engines required to render these applications as native, allowing for numerous benefits and processing calculation decreases that drastically improve the performance of the apps that are being built.

3. Reuse, Reduce, Recycle: Who would have ever thought that the three R’s that we were taught in Environmental Science would apply to software engineering? The combination of AngularJS with NativeScript allows developers to reuse titanic chunks of their code to save heaps of time in the development process. Developers who make use of AngularJS with NativeScript find themselves allowed to reuse Android Arsenal Libraires (such as ), the iOS Cocoa Pod, and even JavaScript NPM Modules — this is just on of the benefits of NativeScript.

4. Community Support: Both of the technologies mentioned in this article have been around for a fair amount of time now, and have the backing of the huge MNCs that developed them — AngularJS has Google’s trust, and NativeScript has the backing of its parents, Progress Software and nStudio.

Each of the communities is extremely active, be it on StackOverflow, their own websites, online forums such as Reddit, social media sites such as YouTube, or even on course based learning websites such as Patreon.

This thriving online community is only growing by the day, and ensures that any snags that you might hit will be rectified within a very short period of time, because the ever-helpful people of the community will rack their collective brains to come up with a solution to your problem, should you ever hit a bump in the road.

5. AngularJS 2 Support for NativeScript: Even though AngularJS 2 is still in its beta stage, support for it has already been added to NativeScript, the main benefit of which is that developers now have a shared code base between their mobile (android or iOS) and web application that will potentially halve the time taken to develop these two application solutions.

On its own, AngularJS is an amazing piece of kit that is a developer favorite the world over, and has the support of one of the world’s largest companies, Google and Alphabet Incorporated.

Similarly, NativeScript was a game changer when it was introduced, and had the benefit of being developed for business solutions from the get-go, owing to the nature of its parent designer company, Progress Software (which makes the well-known products Sitefinity, Kendo UI, Telerik, Test Studio, OpenEdge, and WS_FTP, among others).

Separately, each of the products has its own use cases, but together, they are a match made in heaven.

These have been the reasons why people are fast becoming proponents of using AngularJS with NativeScript for their mobile applications, and I sincerely hope that this article has helped you in some way. 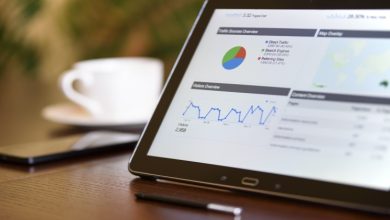 What Is SEO and How Can It Help Your Website? 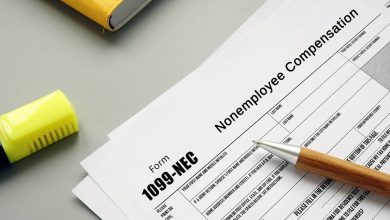 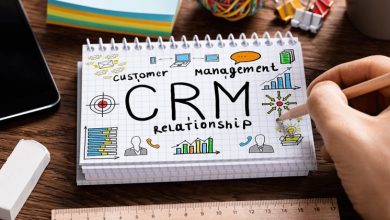 How to Select the Top CRM Software that Matches your Company?

How Does PR Fit In Marketing?